The Secret Life of Loretta Young 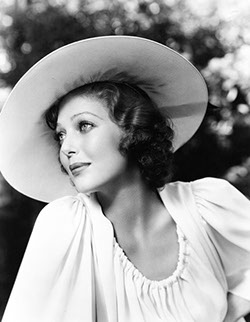 Dirty Little Secret is based on the secret life of Loretta Young. Set on her famous television show, the play exposes the hypocrisy of Loretta’s life by revealing a shocking and heart-breaking story in which her adopted daughter Judy Lewis was used as a pawn to maintain the veneer of two towering Hollywood icons.

Picture Loretta Young in a glamorous gown, walking through the door on her television set, making her signature twirl, and you have entered the world of Dirty Little Secret. Despite her public persona as “Miss Goody Two-Shoes,” Loretta’s private life was hardly prim and proper. In a Mother’s Day television special Loretta, her mother and adopted daughter Judy Lewis take a walk down Memory Lane to revisit Loretta’s past as one of the most beautiful and sought-after starlets in Hollywood in the 1930’s. But instead of painting the well-known rosy portrait of a glamour girl who wore her Catholicism on her sleeve, the television show goes terribly wrong, and Loretta’s private life is revealed in a shocking and heart-breaking tale in which her adopted daughter was used as a pawn to maintain the veneer of two towering Hollywood icons.