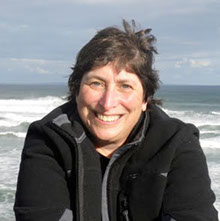 JOAN ROSS SORKIN is a playwright, musical theatre bookwriter and lyricist, opera librettist, and screenwriter. She is writing the book and lyrics for a new blues-infused musical, Black Swan Blues with composer Randy Klein. The piece has been workshopped at the Librettists Workshop in the BMI Musical Theatre Workshop and excerpts have been presented by Music Theatre of Connecticut. The piece has an upcoming staged reading in October, 2022 in NYC as part of The York Theatre Company’s Developmental Reading Series.

Her opera credits include Strange Fruit with composer Chandler Carter, developed by New York City Opera and Golden Fleece Composers’ Chamber Theatre and commissioned and premiered by Long Leaf Opera, again supported by New York City Opera in a concert version in association with The Harlem School of the Arts; White Witch with composer Brian Schober, premiered at Symphony Space in NYC, then in concert at Roulette in Brooklyn, NY, and produced by Salem State University; and The Reef with Pulitzer Prize-winning composer Anthony Davis, developed in libretto readings by The Center for Contemporary Opera and a finalist for the Domenic J. Pellicciotti Opera Composition Prize (still in development).

Joan began her career as a playwright, and she is most proud of her one-woman play with music, (mis)Understanding Mammy: The Hattie McDaniel Story, produced by Emerging Artists Theatre for which Capathia Jenkins garnered a Drama Desk nomination and later a Black Theatre Alliance nomination at the Chicago Humanities Festival for her portrayal of Hattie McDaniel. The play was also produced by The Jefferson Playhouse. Joan has had many short plays produced in NYC and regionally, and several of her full-length plays have had productions, workshops and readings in various venues in NYC and regionally. Joan has recently written a two-part COVID-19 play, adaptable for digital streaming, dramatizing the stresses on family relationships during the corona crisis and Black Lives Matter protests.

Joan is proud to be the President of the Board of The York Theatre and member of The Dramatists Guild (and DG Opera Committee), The BMI Musical Theatre Workshop, ASCAP, The League of Professional Theatre Women, and New Victory Theater’s LabWorks Project.